There are several trends influencing the ecommerce industry as a whole, but arguably the most visible of these is accepting cryptocorruencies as a payment method, given the astronomic rise of the Bitcoin price.

When it comes to payment processors in ecommerce sites, the talk used to be about credit cards, PayPal, COD (cash on delivery), et al. But now it’s shifting towards bitcoins and digital currencies.

Digital currencies are the future of ecommerce. Bitcoin was founded in 2011, but back then it was hard to imagine that it could be put to any kind of practical use.

Local currencies couldn’t be converted to bitcoin easily and, as a result, no retailer would even think of accepting bitcoins as payment. But things started changing gradually, particularly over the past 3 years.

And now- what is Blockchain?

Bitcoin is part of the blockchain revolution that is shaping various industries. Blockchain is the name of the technology powering bitcoin. It refers to a distributed transaction ledger containing computers on a network storing all transactions.

That makes it nearly impossible to fake transactions that have already been distributed through the network. Blockchain eliminates the need for an intermediary. Transactions are secure though they are partly anonymous.

Now how is this valid for us ecommerce marketers?

In the ecommerce marketplace, individuals are able to register products and buy them directly from the sellers.

All the three entities- the buyer, seller, and marketplace – are on the blockchain network. Each action carried out by the buyer or seller generates a block and ‘proof of work’ in the marketplace.

The buyer first places an order. The marketplace generates a block and displays the ‘proof of work’, whereby the seller receives the order to ship the product.

The buyer then makes payment resulting in the marketplace again generating a block and ‘proof of work’. The seller receives payment and then ships the product to the customer which again generates a block and ‘proof of work’ in the marketplace. The customer receives the product. That’s how the cycle is complete in blockchain. It’s perfectly described in the following illustration:

Each action by the buyer or seller generates a block and ‘proof of work’ in the marketplace, based on which the other entity acts. It’s a direct connection between buyer and seller through the online marketplace with no other mediating entity involved.  Bitcoin, being digital currency, perfectly works in this blockchain model.

Now, why is this great?

And taking a look at how Bitcoin adoption and usage is growing, there is one thing that can be said for certain:

Bitcoins Are Here to Stay

The IT industry has been at the forefront of bitcoin acceptance. But now other fields of online business are catching up fast. The perception regarding digital currencies is also changing, with more consumers feeling that these are the future of online payment.

Here are some hard stats that indicate that bitcoin is here to stay and is the future:

If something like this is gaining widespread popularity and adoption, it’s because of its convenience and benefits. Bitcoin offers so many advantages to ecommerce that it seems tailor-made for it.

For one, it facilitates instant transfer of money without the customer having to go through the process of entering their card details, pin number, etc. There is no sensitive or confidential data circulating, so there are no worries with regard to security, making it next to impossible to hack.

But how can your customers use bitcoins to buy stuff?

To shop with digital currency, all your customer needs to do is buy bitcoins from an online exchange or brokerage.

Step 1: The customer can buy bitcoins by transferring money from their usual bank account to the online bitcoin exchange or brokerage.

Step 2: After the bitcoins are purchased they can be assigned to a wallet (think PayPal), which is basically a kind of an online account that can be accessed while making a purchase.

While shopping at a physical store, the customer only needs to open their bitcoin wallet’s mobile app. They must hold the QR code reader to the store’s device. This ensures the embedded secret password unlocks your bitcoin address, informing the bitcoin network of the transfer to the store. The process takes just a few seconds.

Now, a question I asked myself: this is exactly how PayPal works. What’s the difference?

Bitcoin is digitized global currency. Digital currency is easier to move around. You don’t need banks to do them for you, and you can also avoid middlemen (I hate those payment fees on all your transactions) in the process.

Bitcoins help customers save on bank transaction fees that are charged for transactions made.

Sounds too good to be true, huh?

The negative side to all this ease of transfer is the fact that only the user’s wallet ID, and not their name, gets stored in the public bitcoin log so that it leads to anonymity in transactions made, making it ideal for illegal payments too.

But every coin has two sides, and in this case, the advantages of bitcoin are universal and outweigh the disadvantages. Bitcoin payments are already accepted by various ecommerce sites, and they could get more widespread.

The instant processing of payments helps online transactions to be carried out faster. Is that that what we all want for our ecommerce stores?

When payments are processed faster, products can be delivered faster too. It accelerates the shopping process, reducing the waiting time for your customers.

How to Set up Bitcoin Payment for Your Online Store

To set up bitcoin payment in your ecommerce store you don’t need to worry about coding. Third-party payment processors such as BitPay and CoinBase can help you set it up.

And even better- BitPay can help you set up bitcoin payment solutions for ecommerce sites built on the major ecommerce platforms including Shopify and WooCommerce.

To set up the bitcoin payment option for your WooCommerce site, here’s what you need to do:

Head to the WooCommerce configuration settings, which you’ll find in the WordPress Administrator section. Under the WooCommerce section, you’ll find Settings under which you have Checkout and then BitPay. You can also get here through the Plugins section where you select the plugin and click the Settings link.

After successful configuration, you’ll get a confirmation token.

Then, you can configure the IPN (Instant Payment Notifications) feature that displays the states of the order:

Once you’ve saved the changes, you’ve successfully configured your WooCommerce store to accept payment in bitcoins and ensure faster processing of your orders to improve customer satisfaction. Once configured, your customers will see the following menu as part of their payment options.

That wasn’t so difficult, was it?

Bitcoin for Your Shopify Store

Shopify has proved to be one of the most popular and convenient options to get your online store set up fast. It offers a plethora of guidelines for just about anyone to make money by selling great stuff online, and we’ve bragged about it a lot before.

With BitPay, you can get your Shopify store bitcoin-ready easily. This process also involves acquiring the API key.

For creating the new key, you need to login to your BitPay merchant account, head to Payment Tools and Legacy API Keys. If you don’t have your API key, you can create one by selecting Add New API Key.

Now you need to turn on bitcoin payments for your Shopify store. For that, enter your Shopify account and head to Settings which you’ll find on the left sidebar.

Select Payments. Then head to the Accept Payments section and from the Alternative Payments subsection click Select an Additional Payment Method.

Select BitPay from the drop-down, and then enter the API key you generated. Click Activate, and you’re all set to accept bitcoin payments.

BitPay makes it super simple for in Shopify and WooCommerce.

Now, onto my next favorite platform: BigCommerce.

Bitcoin for Your BigCommerce Store

For your BigCommerce store, ChainPay can help you set bitcoin payment. What ChainPay does is convert the bitcoins you receive to your local currency. The money comes to your bank account.

To set this up you need to head to your BigCommerce Dashboard.

Now your BigCommerce store can accept bitcoin payment. But you must add the ChainPay snippet which will enable your customers to pay with bitcoin.

A bit longer, but it’s easier than it looks like.

Do we really need to take the pain to do all this?

Well, I’d love to make the claim that we’re the first ones to adopt this, but that’s not the case.

Many prominent ecommerce sites have begun to accept bitcoin payments. Bitcoins are becoming a part of mainstream shopping. Here are some concrete examples:

This was the first major ecommerce store that began accepting bitcoins, partnering with Coinbase. It started way back in January 2014. You can buy anything from throw pillows to laptops with bitcoins. All you need to do is click the “Pay with Bitcoin” option.

Newegg deals with electronic gadgets and has been accepting bitcoins since July 2014, except for some products such as subscription orders, pre-orders, Newegg digital gift cars, will call orders, marketplace items, return shipping labels and premier memberships. You may also not find the bitcoin option for products not directly sold by Newegg but still featuring on the Newegg site. BitPay is its bitcoin payment processing partner.

Satellite television provider Dish Network began accepting bitcoin payments since August 2014. It is the first subscription-based TV programming company to provide bitcoin payment option. It is also one of the largest companies to accept cryptocurrency or digital currency, which is what bitcoin is. Dish Network’s bitcoin partner is Coinbase.

In addition to these major retailers, there are many online stores built on the Shopify platform that provide bitcoin payment options. In 2013, BitPay provided all the then Shopify store owners, who exceeded 75,000 then, the option to accommodate bitcoin payment. Of course, WooCommerce and BigCommerce stores are also adopting bitcoin payment.

A few years down the line, bitcoin could well be the payment option of choice for consumers. It’s, therefore, better to be prepared and equip your ecommerce store with it.

Have any thoughts on bitcoin and Blockchain? Let’s talk in the comments!

Adi is the Founder and Chief Growth Officer at Growthetics, a growth-focused content marketing agency. He helps with the growth of the Ecommerce Platforms blog. 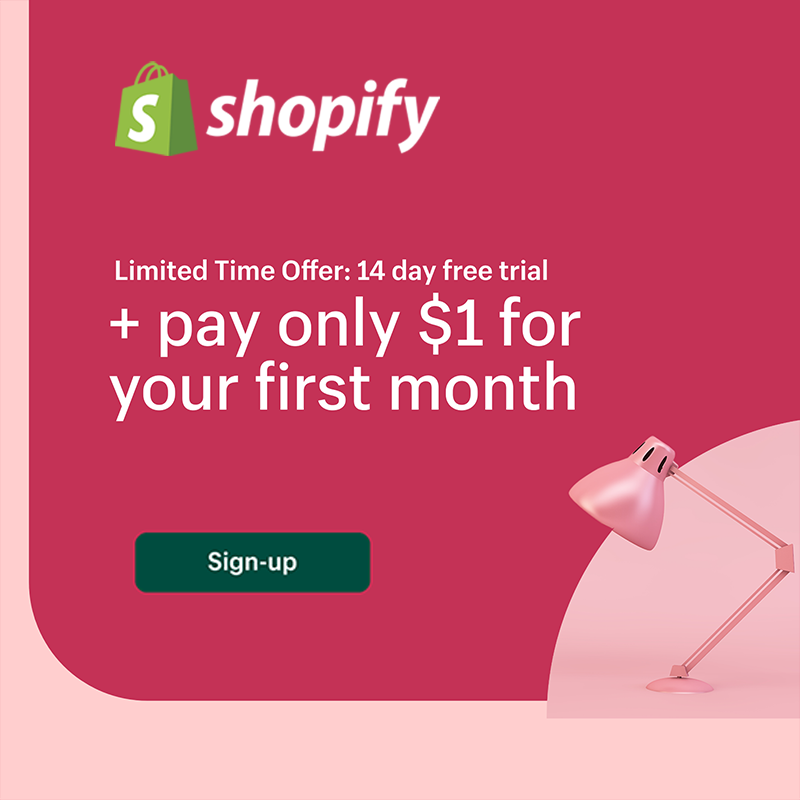 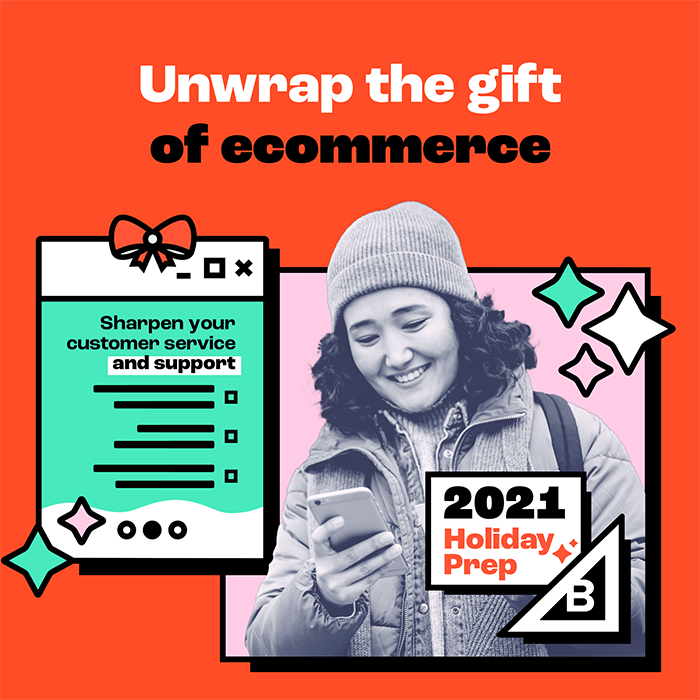 Ecommerce Platforms is a review site that shows the good, great, bad, and ugly of online store building software. We strive to provide easy to read reviews that will help you choose which ecommerce platform is right for you. We maintain an affiliate relationship with some of the products reviewed as well, which means we get a percentage of a sale if you click over from our site (at no cost to our readers). Feel free to follow us on Twitter, comment, question, contact us at [email protected] and ENJOY.
Everything You Need to Know About Bitcoin and Blockchain in Ecommerce
This website uses cookies to ensure you get the best experience. Learn more
OK