Designing for a major corporate client with a multinational business presence is quite a different experience to designing for small business. The good news is that the budget can be massively higher. The possibly not so good news (depending on how you look at things) is that expectations are likely to be much higher as well. This can place a lot of pressure on you. But if you're really confident in your ability, this pressure won't be a burden upon you, it will drive you to greater heights.

Simply to have been awarded the job should be doing your confidence a world of good right now, but before you gallop ahead and sign that contract, slow down a moment and have a good think first. You need to be completely honest with yourself about whether you truly feel capable of delivering a satisfactory result.

You don't want to end up in a situation like Irish company Datalex who were sued by Flight Centre (an Australian based travel agency) to the tune of $15 million for allegedly failing to make good on their promise to develop an online booking system for them.

Datalex eventually settled the matter out of court for a lesser amount according to their own press release. Mind you, the widespread publicity from this case doesn't seem to have done a lot of harm, since they're now reputedly bringing in revenues of $25m to $50m per year. But you can't count on that kind of result, so remember to follow the most important rule of business, which is never to make a promise that you can't keep.

It's not necessarily a scenario you need to fear even if your client's expectations of you are bigger than your own. There's more than one way to achieve the goal, you just need to make sure you don't spend too much time pursuing the wrong ways.

Being able to work on a project with a five figure budget makes a distinct change from what you have probably become accustomed to. And if they haven't promised you at least five figures for the budget, you definitely should not be accepting the job, no matter how much prestige may be attached to the possible association between your name and theirs. This is because a company that tries to scrimp and save is a clear danger sign that they are going to give you trouble later on. It's seriously not worth the trouble, and that is advice so valuable we should have an insurance policy on it.

The obvious advantage of the larger budget is that you can put in a lot more work and care on the project without it becoming burdensome. The other advantage is that when you find a task that you think will be too challenging for your skills, you can easily bring in additional help.

It also means you can afford to pay for additional third party services which, as we shall see, are frequently more necessary for multinationals than for an average website client.

Yes, you may make more profit than you usually do, but the whole point of a big budget is that you're supposed to spend it to the benefit of your client, not blow it all on extravagant celebrations or personal indulgences. That Wolf of Wall Street movie isn't a role model for how you're meant to behave once you hit the big end of town.

Before accepting the job, you should have already worked out approximately what you'll be doing for the client and approximately what it's going to cost. To this, you should always add about 15 to 20% as a buffer, just in case you made any under-estimations (that's an especially nasty place to find yourself in, listen to the voice of experience here). Then you factor in a percentage for your profit. It's best not to be greedy, but obviously also even a smaller percentage of this budget is going to be quite nice for padding out your bank balance.

If you try and be silly about things, the client is going to know. You've got to be reasonable in your costings and you should be prepared to justify the costs to the client. Having that information to hand is really important, because if you can't answer questions you'll look unprofessional, and in the worst case scenario they may even think you're a bit shifty.

You shouldn't scrimp on the expenses, either

Nepotism and blind luck aside, your client probably chose you because they believed that you might be the right person or team for the job. What you really want to work hard at once you reach this point is not to disappoint them. Remember, if you do a good job here, it may be the first of many such jobs that comes your way. So be prepared to invest whatever it takes to give them a top quality result. Don't hire second-rate talent for something that requires first-rate just so you can save a small sum.

Whereas (if you don't count blog pages) the average small business website can usually be covered in about five pages, it's not unusual for a multinational site to be over 200 pages. Usually at the very least you will have to create a version of the site for each region or country that the business is established in, and these versions may not necessarily all be the same.

The increased size usually means you have to send a lot more time on planning, and especially you will need to put time into planning the navigation structure. Content planning is also important, as we'll discuss in the next section.

Internationalization is about more than just language

There are a few common mistakes made by designers of sites intended for international audiences, some of which include:

The above list is not necessarily exhaustive, but every item that is on there is a serious mistake you must avoid making. Without a doubt, the worst item on that list is the fourth item: using code to guess the user's language. Despite how overwhelmingly stupid it is to do that, many of the biggest international websites make that exact mistake.

Shown above, Google getting it wrong. Shown below, Google making it worse. Never guess the language based on region. A traveler is more likely to need to do a translation than somebody who already resides in the region, so they're even targeting the wrong demographic by defaulting to the local language. It should of course be a simple task to find their own language and switch to it, but this should not be automatic.

The golden rule of international websites is that the first language any user encounters must be English. That probably contradicts a lot of what you've read before on the subject. A great many writers and self-proclaimed experts will advise you to present web content in the user's own language, however this is flawed advice for these reasons:

Users from regions where English is not the primary language will usually look for a language selector on the page, and they'll be disappointed if they don't find one. This is the second rule, after making English the primary language, is that you must have translations for at least every region you operate in, and preferably many more regions. The third rule is that these must be authentic translations, none of that automated nonsense for a high level business site with a decent budget.

Here's an example of the right way to handle the user's entry to your site. First, provide language selection:

Then provide region or country selection, if necessary:

And of course always provide a way to repeat the language selection, just in case the user didn't really mean to select Swedish as the language setting.

Study each region you're developing for, or hire expert advice

Understanding the audience is a major factor in successful communication, and any sensible company will be willing to make any necessary adjustments to make sure their message is not lost among a sea of concern over things like the colors, fonts, and logos they have used on their site. Matters of “policy” should never trump matters of diplomacy, and therefore every regional version of the website must be carefully tuned to match the vibe of the place where it's being viewed.

It's understandable that you may not have a thorough understanding of the various differences that exist in each region, which is why it can make sense to hire experts to advise you. This would save you a lot of research and potentially help you avoid costly mistakes.

This sensitivity applies not only to what you say, but to what you show. This includes the products that you might be offering. For example, Rexona offers a range of antiperspirant products with skin lightening formulations not much in demand in a place like Luxembourg, but keenly sought after in many areas of Asia.

If the US or UK version of your site features 3D walk-around animations for every model you sell, so should the Indian, Brazilian, Japanese, and Swedish versions of your site. Anything else may be interpreted as disrespectful, and besides, you included those animations on the other version of the site for a reason. If you sell different models in different countries, that's no excuse for not providing the same user experience.

Sites can have different content for different regions, or even a different site design, but the user shouldn't feel that they're getting a watered down version of the site. They should feel that your client considers them equal to any other potential customer from any region.

The hardest part is getting started

As you will have noticed, the only difficult part to all this—as long as you're prepared to spend generously and you put the required effort into planning—is securing the contract in the first place. Get that part right, and the rest should just fall neatly into place.

Before the ink is dry on your contract, these are the essential steps you need to take:

The reason for the last item on that list is that it doesn't make sense to deploy your A-Team on B grade projects, but you can't afford to disappoint any existing clients that you already have. The solution is to have those clients taken care of by your temp workers so you can focus all your attention on the job that has the potential to provide a new direction for your business to grow in. 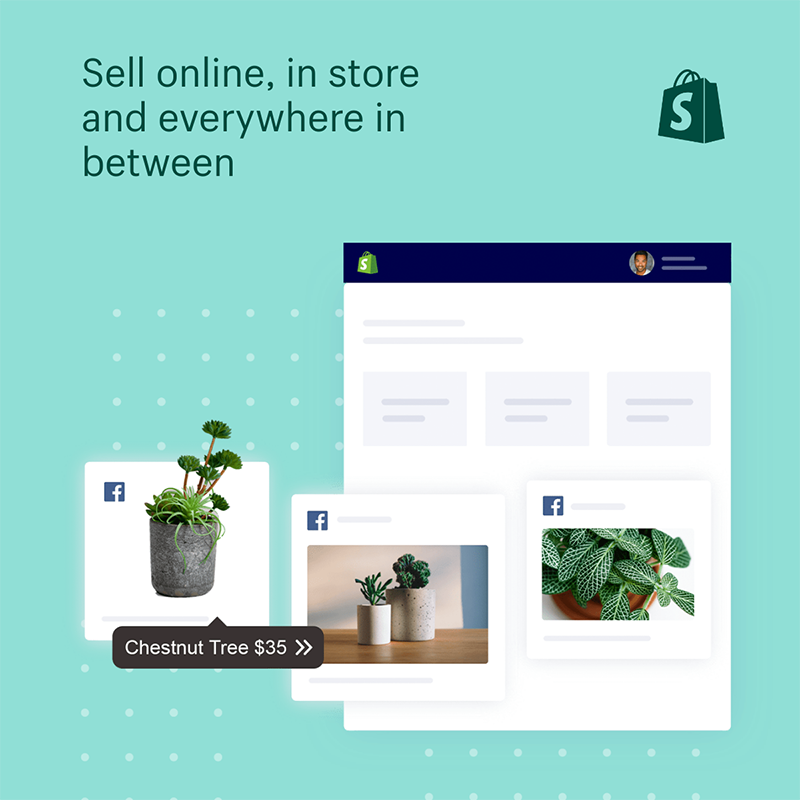 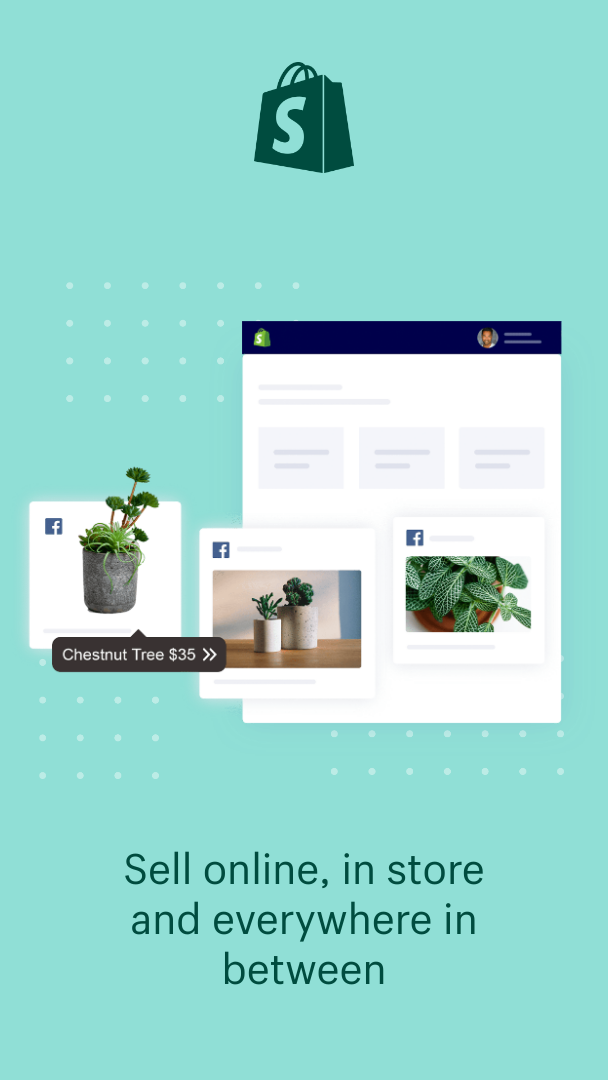 Ecommerce Platforms is a review site that shows the good, great, bad, and ugly of online store building software. We strive to provide easy to read reviews that will help you choose which ecommerce platform is right for you. We maintain an affiliate relationship with some of the products reviewed as well, which means we get a percentage of a sale if you click over from our site (at no cost to our readers). Feel free to follow us on Twitter, comment, question, contact us at [email protected] and ENJOY.
Designing for Multinational Site Clients
This website uses cookies to ensure you get the best experience. Learn more
OK